Only a handful of Australian fashion designers have the goods to compete on an international level.
So, the annual (Sydney) Australia Fashion Week, is more of a local showcase, even though it is part of the official international Mercedes Benz fashion circus.
Toni Maticevski caused a stir when he sent his first collection down the MAFW runway in the early 2000s; he is one of the few who has the cutting and draping skills and innovative styles to make it beyond the domestic market.
Although heavily influenced by designs by Lanvin's Alber Elbaz, this style from Maticevski's spring-summer 2014 collection is a stunner.
The key: the generosity of fabric.
While Oz designers create for climate etc. the lack of fabric often seen (or not seen, as is the case) during Sydney's annual runway extravaganza, is a let down.
The piece from Ellery's collection (bottom) is a case in point.
It's an interesting style, but there is just not enough fabric.
Has Ellery cut corners to save costs? Or is that the fashion...?
See more from the rest of MBFWA at Vogue Australia's website. 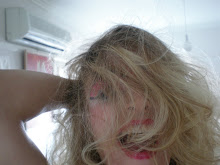 Cathy G
Tasmania, Australia
Hi! I do lots of things...such as creating handmade jewellery. But sometimes I get distracted, that's why you'll see other stuff here. All of the pieces I publish on this blog (when I make them!) are for sale. If you are interested in any of them please post a comment, click on the email link at the bottom of each piece's description or email me here Follow me on Twitter. Thanks for visiting!